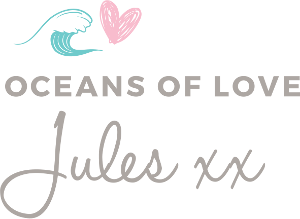 When I started working with Jules O’Neill, I was struggling in my role as a carer.

I had been caring for my husband who had been ill and unable to work for some time. He required a great deal of care but was a very proud man who did not want to need this sort of support.

Caring for him was very challenging, not just for the need to be on call 24/7 but because he resented being cared for.

I worked with Jules over a period of several years during which time my husband moved from living at home to living in care and then to his death. Throughout this time the Jules enabled me to move from being totally chaotic and unable to have a life of my own, to a place where I could begin to see that I had the right to live a life that was satisfying and meaningful; moving from a place where I really could not see how I could possibly continue, to being able to see a more positive future, whatever happened with my husband.

After his death I worked again to begin to create a new future for me – at first I could not see how I would go on as my life’s purpose for so many years had been built around his care, I initially did not feel that I had any purpose or reason to continue.

Now, thanks to working with Jules and support, I have begun to live again and I can now see that there is a positive future for me.

My youngest son would vomit for 1 to 2 days every 3 to 4 weeks. We kept a record of his diet but there was no consistency between what he had eaten and the vomiting.
We took him to our Doctor who took blood and stool samples which all came back clear. I decided to use the charts and test him.

END_OF_DOCUMENT_TOKEN_TO_BE_REPLACED

Positive Outcome for Me and My Daughter

I cannot tell you how much last weekend meant. It was totally inspirational and very special for me and my daughter.
Going from 11/10 on a scale of how much she hated me to negative was pretty awesome.

END_OF_DOCUMENT_TOKEN_TO_BE_REPLACED

My body had developed an annoying and constant itch. I could not get any relief.
One telephone session with Jules left me feeling light and calm. Upon waking the following morning my itch had gone.